Now I think it is because I am extremely deprived...

...that I find myself subconsciously looking for substitutes online to ease my...sexual(?) frustration.

And this is what I caught myself looking at....

SHIT.
This is some hot stuff.

I love LOVE LOVE how he "warmed up" and how his hands cupped and caressed her cheeks as his lips mov- okyeaIshouldstop.
The point is...
T_T
I NEED TO BE KISSED LIKE THAT.
AT LEAST ONCE IN MY LIFE.
FOR MY LIFE TO BE COMPLETE.
SO I CAN DIE HAPPY.

Sigh I love The Notebook.
DUH mary which girl doesn't??!
typed by 以柔 at 6:44 PM 4 reactions

I re-watched the old movie 10 Things I Hate About You yesterday.

Heath Ledger is/was the sexiest man on earth.
His death was a gigantic loss to womankind. I cannot accept it. Because I can never enough of his movies, and um his butt, and and his sexy delicious Australian accent.
My future husband needs to learn that accent.
I'd get aroused immediately and it would save up tons of time otherwise needed with foreplay.
Okay.
Sorry.
TMI.

Patrick: Some asshole paid me to take out this really great girl.
Kat: Is that right?
Patrick: Yeah, but I screwed up. I, um, I fell for her.

Julia Stiles is one lucky bitch to get to be Kat in the movie. But it must be said that she too, is a wonderful actress and she definitely portrayed the character perfectly in the movie. Shir, you should watch this movie (if you haven't already) because I'm sure you will love Julia Stiles. :) Kat's character reminds me of you somehow. Headstrong, beautiful and cool; she does not care about fitting in at all.

Its one of my favorite movies. Joseph Gordon-Levitt was in it as well, the guy from 500 Days of Summer - a beautiful indie movie released just last year.
He looked so young back then.

I have put on too much weight and gained too much pimples.

And it bothers me a lot, but not enough for me to do something about it...
I don't know why.

And I am feeling very emotional. Things that don't normally bother me gets to me easily, although I did a good job hiding it from everyone else with my smile and chirpy voice.
I blame pms, cause I can feel my period coming.
I don't think women ever grow out of pms; they just learn to hide it better over the years.

My CNY holidays are drawing to an end, and its bye bye Kuching and hello KL once again.
:(

I don't want to leave.
I love slacking and lazing around the house.
I love eating home-cooked food everyday and watch old movies to pass the time.
I love fooling around with my family, laughing and simply having our own precious family time.
I love looking at old photographs and telling stories out of them with my family...

I actually...
don't mind being a bum for the rest of my life.
I realized I don't actually mind a life without purpose.

We had a Criminal Law test yesterday and it was the first time in a long time I actually got down to studying.

And though it was taxing, I feel good. No I didn't do particularly well in the test, but I feel good about the fact that I actually gave it a shot.
And the truth is, it wasn't that bad.
I actually enjoyed reading the textbook.
What was hard was remembering what I read.
But I will work harder on that part.

I think a lot of credit goes to the new house. :)
Quiet, calm and free of distractions.
Probably also because my laptop is away from me...

See there's always a good side to everything, so it is important to keep being optimistic and encouraging. I can do it. :)
I will move at my own pace, a pace that I'm comfortable with.
And thats all really matters.
:)

Now the reason I've been away

is because my laptop FAILED me. I sent it back to the store thinking they will help me reformat it and give it back to me within the day, but apparently it was a lot more serious. There was a problem with the hard disk and they are sending in the warranty to get it fixed.

Which also means that I won't get my laptop back before Chinese New Year.
But the two guys at the Fujitsu Centre were being surprisingly really nice to me. They didn't charge me for anything even though I made them check my laptop. Which they normally do, and which they didn't stop reminding me about. lol.


Angel said, "Girl, be grateful that you have a pretty face and you are a nice person."
But my personal opinion is that they were pretty freaked out by my consistent whining:

"Yer why laaa....wheniboughtthelaptopyousaidtocomebacktoyouifanythingwaswrongwithinayear...*whine* why do you have to CHARGE.ME.NOW.? *whine*"

I swear the frequency of my whining voice can kill some fly on that wall.
I even felt irritated at myself, lol.
BUT OH WELL, just to justify myself, a student on a student budget's got to fight for her rights! :D

And right now I'm using Angel's laptop to rant my frustration.
I never thought my laptop played such an important part in my life.
Now that you're gone I realized how important you are to me, so darling laptop, will you marry me?
Sorry sorry its the lack of laptop thats getting to my head and making me delusional.

I have moved into my shoebox of a new place in Desa Kiara.
I actually really like it here. Its calm, peaceful and there's only 4 people in the house.

Lo Jie (Angel and I secretly calls him Roger, since he loathe that name haha) is actually a great cook, and he made us awesome spaghetti just the other day. He's a cute guy who has been in a seven year relationship with his cute girlfriend. :) I hope they last and get married, because they are nice people and it'd be nice to see some happy endings for a change. Its people like them that restore my faith in true love.
typed by 以柔 at 8:38 PM 2 reactions 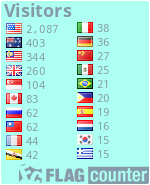